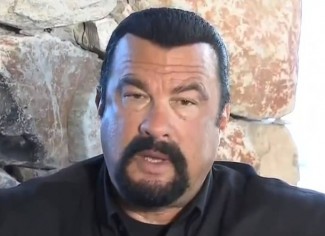 Many clueless and paranoid Americans think our mass shootings were staged by government provocateurs.  It’s just one of those things the rest of us have to put up with, along with all the other embarrassingly stupid ravings about contrails that sterilize the population and lizard people hiding amongst our government officials.  Of course somehow the endgame in every scenario involves snatching guns away from citizens, and then…well, they usually don’t think much further than that, which is yet another indication of how obsessed some people are about their precious shiny guns.

It’s all utterly absurd, kinda like the fact that anyone still pays any attention to a no-necked has-been “actor” like Steven Seagal.  Doesn’t this guy have a bucket of fried chicken to get back to?

Steven Seagal Thinks Many Mass Shootings Are “Engineered” by the Government

“I believe in the second amendment and our constitution more than anything in the world, and I think that Adolf Hitler – for example — when he wanted to annihilate the people of Germany —  the first thing he did was to take away their guns.  And the right to bear arms wasn’t just to protect the people from foreign invaders, it was to protect them from evil governments, and anyone that would violate their inherited rights as human beings.”

He continues, “I believe that, and I hate to say this, a lot of these mass murders and all this funny stuff that’s going on, I believe a lot of this is engineered.”

Oh look, another one blaming the Holocaust on gun control.  This guy would make a perfect running mate for fellow troglodyte Ben Carson — you know, the black Republican candidate who dismisses the Black Lives Matter movement as black people “bullying” whites.  Peas in a batshit-crazy pod, I tell ya!

And is it just me, or is Seagal just a rum & coke away from being Julian from “Trailer Park Boys”? 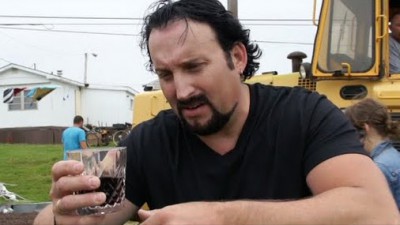