Only in America will someone take a fantastic invention that could save the lives of millions of animals and turn it into a hysterical religious shitfest.

“When you go to your favorite fast food restaurant, you are going to be eating a fake hamburger. You’re going to go to the grocery store and buy a pound of fake hamburger or a fake steak, and you won’t know that it was grown in some big corporation’s laboratory. This is the nightmare world that they are taking us into. They’re changing God’s creation. Why? Because they want to be God.”

Creating veggie burgers is “wanting to be God” and “changing God’s creation”?  Please tell me where I can find a meat burger that God created.  Following their logic, airplanes are also tools of Satan because God never meant for us to fly.

If you must look at this through a religious lens (sigh), aren’t they just taking the plants that God created and shaping them into a different form for our enjoyment?  Nah, that idea is too crazy.

This is just one of many unhinged things he’s said over the years.  I wonder what happened to this guy as a kid to transform him into the raving, drooling lunatic he is today.  For fuck’s sake, somebody get him into therapy before he hurts someone.  A mind that believes this kind of stuff is not a healthy one.

This goes for any religion: if your faith is threatened by some satirical jabs on a T.V. show, maybe your faith isn’t as strong as you think.  This is fiction, something you should be familiar with.  Relax, snowflakes — your religion is still heavily dominant in this country, and it isn’t going to collapse under the influence of a satirical T.V. show.

Oh yeah, and if you’re going to protest a TV show, at least to take the time to figure out what channel/service it’s on so your protest goes to the right place.  Jesus.

Some mistakes are simply too beautiful to have happened by accident—too comical to be explained by anything other than divine intervention. See, for instance, a recent petition from a Christian group calling on Netflix to cancel Good Omens,which the group considers “another step to make satanism appear normal, light and acceptable.” The problem, of course, is that Netflix does not air Good Omens; it’s an Amazon Prime series. 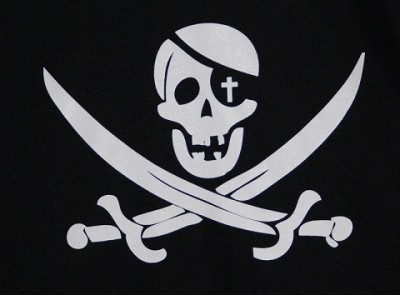 So this company used to copy DVDs and Blu-Rays, then bleep out naughty words and snip out nudity and/or violence.  Then they’d stream the final version to people who are so fragile that exposure to such content would shatter their very reality.  Here’s how I envision these folks watching unfiltered shows:

Anyway, the company was busted for piracy and sued into the ground.  But somehow they stuck around, and then they started pirating and chopping up shows from streaming services, amazingly thinking they would be OK doing that.  Nope.

VidAngel ripped movies from DVD copies, and then streamed them to users with offensive content filtered out. The company argued this was allowed under the federal Family Movie Act, but Birotte did not agree and ordered the service to shut down in December 2016. The company later relaunched a filtering service for Netflix and Amazon, which continues to operate.

How could they possibly think that breaking copyright protection and sharing the content was in any way legal?  I remember a similar service many years ago that would do this to movies on videotape — they’d bleep and snip away all the bad (good) stuff, then copy them to new tapes and rent them to the aforementioned fragile types.  It didn’t work out then, and it ain’t working out now.

She fed him bleach to treat his autism.  BLEACH.  The same stuff we use to clean clothing, scrub toilets and tubs, and all that good stuff.  And because she saw a video about its “health benefits” on YouTube, it’s obviously a miracle cure.  What could go wrong?

Search YouTube for “Miracle Mineral Solution” or “MMS” and you will find a trove of videos about how consuming bleach will treat various illnesses—acne, flu, malaria, HIV, hepatitis, cancer, and autism.

Why are people so willing to believe such obvious nonsense?  We’ve all been asking that question a lot these past few years.

A note to those downloading “Fear The Walking Dead” episodes

…or anything else, for that matter.  Remember, kids:  always use a trusted and proven VPN.  It’s the safe sex of online intercourse.  So to speak.

AMC has sent a slew of warnings to Internet subscribers whose connections were used to download episodes of the new “Fear The Walking Dead” series. While there are no legal strings attached for the affected subscribers, AMC urges them to stop the “theft.” In addition, torrent sites are in the crosshairs too.

A jihad on your networks!

Posted by Shoogle on May 27, 2005
Posted in: Bullshit Detector. Tagged: bullshit, piracy, terrorism. Leave a comment

Oh, of course the Feds are now trying to link file-swapping with terrorism.  It only makes sense…there’s no better way to demonize a group of people (most of which are everyday folks like you and me, by the way) than associating them with bomb-throwing, mass-murdering terrorfiends.  This story says it exactly right:  “An invocation of terrorism, the trump card of modern American politics, could ease the passage of the next major expansion of copyright powers.”  When you’re losing the battle, ratchet up the fear!

Counterfeit DVDs and cigarettes may be funding terrorists.That’s what the Senate Homeland Security committee heard Wednesday from John Stedman, a lieutenant in the Los Angeles County Sheriff’s Department who’s responsible for an eight-person team of intellectual property (IPR) investigators.

“Some associates of terrorist groups may be involved in IPR crime,” Stedman said. “During the course of our investigations, we have encountered suspects who have shown great affinity for Hezbollah and its leadership.”

Even though Stedman’s evidence is circumstantial, his testimony comes as Congress is expected to consider new copyright legislation this year. An invocation of terrorism, the trump card of modern American politics, could ease the passage of the next major expansion of copyright powers.